Greetings friends! I apologise if you've clicked on the link expecting some saucy secrets to be revealed today. I know the title is misleading, but I'll never be discussing my sexual exploits on here, such as the time I thought I'd got lucky in my neighbour's greenhouse but it turned out to be warm compost. Nope, a gentleman never tells!

Anyway, my confession is something that I feel no shame over, but has lead to severe ostracisation from friends, colleagues and coworkers over the years. It's a fact about myself which boggles the mind of the average person. That fact is, I don't like warm drinks.

The general populace are unable to grasp this very simple premise. When I start a new place of work, inevitably, some kind soul will offer me a drink. When I explain that I don't drink tea or coffee, people go into a panic state as if I told them I photosynthesise, or that I can only achieve orgasm by patting my head and rubbing my stomach. Then I have to field questions about it such as "why?" "whaaaaa-?" and "huh?". 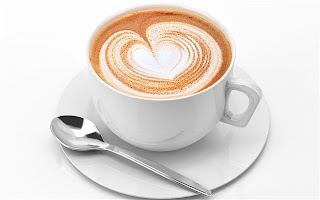 Some of you folks may be baffled by this, so I've decided to compile a list of potential answers. This might go some way to explaining myself.

1) I don't like the taste of coffee anyway.
2) I don't find warm drinks very refreshing.
3) I don't need it as a stimulant to wake me up. I currently get up at 5AM and still don't feel the urge to suck down some refined java.
4) I don't tend to drink hot chocolate either.
5) Or horlicks.
6) Yes, I like gravy. Yes, I like soup. Those are foodstuffs though. I eat them rather than drink them. Do you understand?
7) No thank you. If you remember yesterday, I told you I didn't like hot drinks. Especially in the summer.
8) No I haven't changed my mind since then. I haven't changed my mind my whole life.
9) I'm not just trying to dodge the tea fund, although I won't be paying into it.
10) No, please don't just make one anyway and leave it on my desk. I appreciate that you're trying to do something nice, but I'll just fetch a glass of water instead.

When I walk down the street I see people sneering at me from behind their double-grande mocha lattes. When I go into a coffee shop and get a bottle of orange juice, they always ask "no coffees today sir?" as if to say I do not belong in their world. This is not a lifestyle choice, this is something I was born with.

Sometimes people demand an explanation which is more comprehensive than "I don't like tea or coffee". They usually follow up with "yeah, but why?". To the persistent questioner, I have a fake story which excuses me and absolves me of any crimes. In the words of Run DMC, it goes a little something like this:

There I was, a young bright-eyed scamp of 16. The oyster was my world and I held it in the palm of my shoes. Being the idealistic son-of-a-ragamuffin that I was, I decided to celebrate my newfound adultness with a steaming cup of crushed bean juice.

Having never tasted anything other Nescafe's Gold Bell-End, I decided I needed to try a new coffee, a man's coffee, something not from a jar.

I flung open the doors to the illustrious Cafe Nero, a venue named after the gods of yore and wence. This would be the place from now on. The place in which I would seduce the ladies of the world. The place I would trade witty, topical banter with my suited, hot-shot colleagues. The place I would conduct business deal across the globe. Cafe Nero was the gateway to a life a greatness. Their espresso machine and shitty uniforms would provide the backdrop of my glorious rise to adulthood.

I strode over to the counter and looked over their menu. The list was longer and more confusing than a Matrix sequel. It was designed to alienate the outsider, to single out the weak-willed, casual coffee consumer. My knees felt weak. My choice here could define me as a person. If I had a frappe, would I grow up to be the suave sophisicate I knew I could be? Would I trade stocks and shares with a gingerbread cappuchino moustache adorning my demanding lips?

"Would you like any coffees, sir?" How innocent those words sound now. I raised a finger in trepidation and pointed to a bambachino, or something equally obtuse.

"Is this your first coffee, boy?"

I nodded. I wanted to assert myself and belt out the words "What's it to you, piss face!? Now fetch me my beverage before I belittle you in front of your colleagues!" But I could only muster a meek head-nod.

The establishment erupted with laughter. I didn't understand what was happening so I laughed to. This only seemed to intensify the laughter.

"Since this is your first time, there's an initiation you must go through."

Funny that no one had ever mentioned this before, but I agreed to it, desperate as I was to graduate from milk and juice.

Before I knew it, I was lead behind the counter. The barista pointed towards a milk steamer.

"Suckle" he instructed "to be accepted, you must prove that you can handle warmed milk"

I left their world that day and never looked back. I would break into the high-rolling world of business on my own terms, not from froth-slurping and humiliating acts. I would make it on my own terms. A briefcase in one hand, and a bottle of Pepsi in the other. I swapped coffee BJs for OJs that day, and I would prove that lemonade is mightier than the percolator.

Of course, this is just a dramatisation and may not have happened, but it's still a good story to tell. It usually stops people asking as well, in case I tell it again.
Posted by Adam Lloyd at Monday, July 15, 2013