In our modern, go getting society, we are constantly bombarded with people's opinions on things. Thanks to advancements in technology across the board, we finally now have the tools to share bullet pointed lists on why ewoks suck, and why every piece of multimedia released since you matured past adolescence is a pile of atrocious doglumps.

There are very few new items that are not subjected to this type of pedantic scrutiny, from movies to toys. From restaurants to celebrity weight loss. From Torvil to Dean. Everything in our lives must be validated by the opinions of someone who is paid to scrutinise their chosen field.
Rather than buck this trend and fight the power with radical thinking (I'll leave that to the Zack de la Rocha's of this world), I have decided that in order to fit in with this ever spinning vortex of viewpoints and ranking scores, I ought to cast a critical cornea over some of the areas that have been overlooked so far. It'd have to be a topic that I know a lot about, and something that others might have missed. There was only one topic that came to mind; animals.
Animals have been around since humans discovered them malingering about in Bognor Regis almost 100 years ago, yet we have failed to score them adequately on form, poise, and shape (yes, I've heard of pet shows, smartarse, but they don't give a score out of ten and a layman's terms description of whether you should step on the creature, or give it a tasty sandwich). Mother Nature has been releasing critters on a regular schedule, and no one has compared her efforts against each other aside from the occasional illegal cock fight.
I have come across many animals in my time as a professional "guy who occasionally attended the odd zoo and knows what David Attenborough's voice sounds like". I doubt there are many others who are more sufficiently qualified for the job as I am. So allow me to enlighten you about the creatures that lurk around you.
Today, I shall be focussing on the worst of the worst. Truly terrible animals that you probably wouldn't even eat if they were repackaged in a happy meal box. When reviewing these animals, I asked myself, WWDD (what would Darwin Do)? He'd probably dismiss his own theories as being "snooker loopy", and promptly sell all his research papers in exchange for halucinogens. Anyway, here are my findings. The top five worst animals:
5. Blind Cave Salamander
How do they look at tits? They don't. Nature didn't give them the necessary equipment with

which to observe these wondrous inventions. I mean, it's not as if the occasional cave salamander raped a cousin in a past life and is being punished for it in a reincarnated form; they're all born like this. They are literally as blind as bats, excepts bats are cool because they can fly and see through sound and invented Bruce Wayne.

Poodle hating isn't a new thing, but just look at them. They are the canine equivalent of the 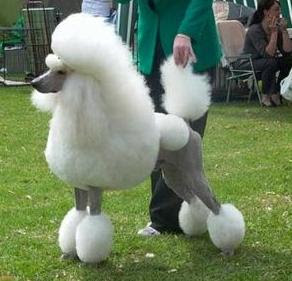 Royal Family. They are brimming with needless pomposity, they get taken care of without giving anything back in return, and they've been inbred for generations. Plus, I have it on good authority that the Poodles refused to fly the flag at half mast when Diana died. They're probably German as well.

In all honesty, I don't know what offends me so much about these monstrosities. Perhaps it's the way they trot around like the office gossip after hearing a particularly interesting piece of scandal. Maybe it's the fact that some people dye them pink so that they look like a greyhound that entered a teleporter at the same as a stick of candyfloss a la The Fly. Either way, if you like them, I don't like you. It's a reflex.

Sloths are the laid back dudes of the animal kingdom. If they were students, they be the types 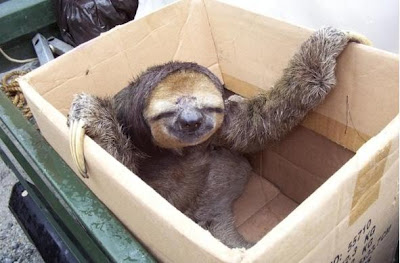 that allowed everyone to hang out in their house drinking and smoking pot all day. They wouldn't care if you messed the place up and had sex with their pillows, they're just pleased for the company.

In the wild though, evolution doesn't have time for these wasting slackers. Mother Nature wants you to get a job, you hippy bastards. And cut that hair! You're a mess!

Oh my sweet Jesus! Would you look at that thing? Even Riddick would shit his pants if that thing 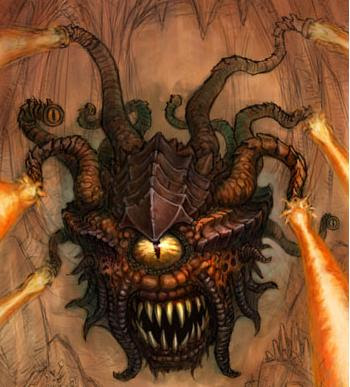 In appearance crane flies seem long and gangly, with very long legs, and a long 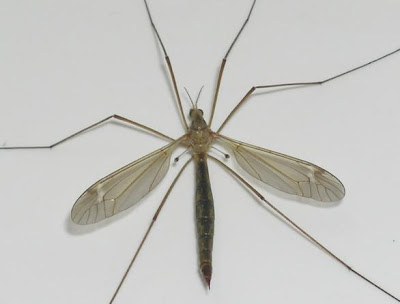 slender abdomen. The wings are often held out when at rest, making the large halteres easily visible. Unlike most flies, crane flies are weak and poor fliers with a tendency to "wobble" in unpredictable patterns during flight, and they can be caught without much effort. Also, it is very easy to accidentally break off their delicate legs when catching them, even without direct contact.

Marvellous. A creature that disintegrates if you happen to glare at it a bit. The only reason they exist is to make people with Brittle Bone Disease feel good about themselves.

The average crane fly spends around 75% of its life flailing around in our houses scaring the hell out of our ladyfolk and generally being thick. Windows confuse them to the point where the ones that manage to fly back out of the open window from which they entered are considered to be the scholars of their society. They are probably allowed to set up universities to teach other crane flies the concept of windows.

Just look at the design of this creature. If I had to construct something which would excel when it comes to aviation, that last thing I'd design is an insect that looks like pieces of lint that have been squashed under a carpet grip. Tramp's pockets are probably full of crane fly prototypes. Also, it's nickname is Daddy Long Legs, which is reason enough for a species to declare itself extinct.
Posted by Adam Lloyd at Thursday, July 23, 2009