Bong Thang friends, readers, and miscellaneous folks who have been collected on the Internet. This blog is broadening it's horizons and extending its open claw into the world of Facebook, since I've noticed that you can import notes to a Facebook profile from a blog. So, hello to all of you sexy Facebook people! Hopefully you'll recieve this message and feel enriched by it.

Since this blog is going biwebsiteal (a word I just made up which has just sent my spellchecker to rehab), it is only fair that I link the new Facebook folks to all of my old paraphenalia. Check out http://muppetsforjustice.blogspot.com/ for much, much more.

Ladies and gentlemen, after recent tragic events such as Micheal Jackson's death, the riots in Iran, and Air France taking an unscheduled tour to visit Atlantis, I was even more shocked when I heard this story:

Son In Ploy To Kill His Parents

Basically, a furry tries to persuade an Internet friend to kill his parents in exchange for some cock. Literally.

Christopher Monks, 24, wanted Shaun Skarnes to murder his parents Christopher and Elizabeth Monks while they slept and then perform an extreme sex act on him, Preston Crown Court was told

"It seems that Skarnes was to receive no money for killing Mr and Mrs Monks but the prospect of biting off Monks' penis. This was the climactic act of the conspiracy."

Now, forgive me for being an ignorant conservative when it comes to extreme forms of bedroom play, but surely if you had your cock bitten off half way through, there wouldn't be much to get aroused with. "Oh boy, I'd have a raging hard on right now if it wasn't for my dismembered penis currently sliding down towards your digestive system!".

After he's done rubbing his newly smoothed, Action Man inspired genital area, what's left for young Christopher Monks? Not a lot really in terms of his future relationships. Even if Shaun Skarnes isn't going to prison on a million counts of being batshit insane, he's hardly going to stick around with Mr Loose Trunks over here. As a literal cock gobbler, he'll be off finding the next nob to nibble, leaving Monks to contemplate the rest of his adult life alone.

If he'd have done this ten years earlier he might have had the chance to train as a castrato and earn a bit of cash, but he's missed his opportunity now. He could have bought a new penis and reenacted it all again with that kind of dosh. 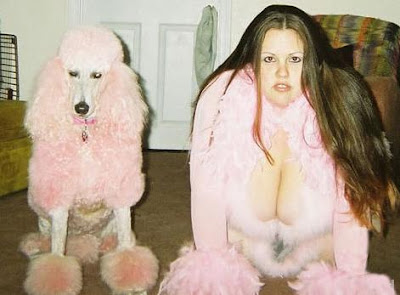 Remember kids, these types of people are dangerous and probably want to eat you.
Posted by Adam Lloyd at Wednesday, July 22, 2009