The Erosion Of British Morals (or BNPMSL)

The other day I discovered a BNP supplement on my way to work. I presume these had been scattered around by an enthusiast in order to gather support for the party, or by a serial prankster who was intent on damaging the BNP's reputation.

Please forgive me when I say this, but I actually picked it up and read it, mainly out of curiosity. I didn't exactly expect the 20 page campaign paper to be full of unquestionable facts backed up by sensible points and coherent policies, but even then, I was surprised at how thinly veiled their radical viewpoints are. Highlights include (and there were around two highlights on every page), but are not limited to:
So to sum up, we should go and live in the 1800's. I love this type of radical propaganda because it's hardly ever backed up and is so easy to knock down. Here's a bullet pointed list of my thoughts on the previous points:
So there you go. If you ever needed a ten point list of why not to vote for the BNP, there it is. Racism is an ugly thing; but not as ugly as Nick Griffin's mum. Peace out. 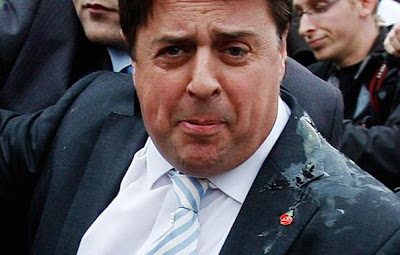 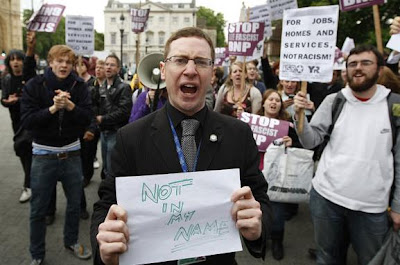