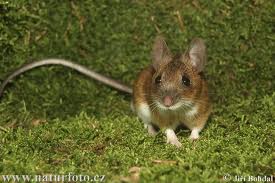 Sure, they may look cute and fluffy, but there is a whole level of depravity hiding underneath.  I can reveal that it is just a ruse. It's a mask for the seedy underbelly of mouse society which includes prostitution, gambling, and calling people "gay" in a derogatory manner.

The animal kingdom is inaccurately portrayed by the media. Thanks to mammilian sycophants such as Sir David Attenborough, animals are quite literally getting away with murder. Few nature documentaries have catalogued animal-on-animal gang violence. There are many bloody turf wars in Mother Nature's back yard that go virtually undetected by humankind.

After doing some investigative journaliam of my own, I'm ready to blow the lid on the horrendously heinous and downright deplorable criminal antics of the animal kingdom.

For example, I came across a sexually predatory moth. It is quite common for Atlas Moths to slip rohypnol into a rambler's water supply. Just last week a senior school camping trip was interrupted by a discreet rohypnolling, turning the students prone to be fluttered all over. They were found covered in that weird brown goo that moths secrete when you touch them.

Then there's the case of Seamus the lemur (aye-aye to be exact). Seamus was caught embezzling company funds through Borneo, thus avoiding taxes on literally billions of termites he'd excavated from trees. Who do you think has to pay for this shortfall? That's right, taxpayers like you and I. Yet, the courts refuse to prosecute Seamus because he is an "endangered species". Even the almost extinct shouldn't be exempt from the law, in my humble opinion.

Then we move onto the case of the moose that stalked a woman on Facebook. Once, while she was stuck in traffic, the moose stole her phone through an open car window, and Facebook raped her. The posts were illegible since the moose lacked the dexterity and fingers to type correctly, but we can be sure that "ghrhhrh rye hbhfj..rnr..r" which is an exact transcript of his post, is actually moose speak for "give me some of your sweet antler action". Such an invasion of privacy should not go unpunished.

Then we move onto the case of the lions at Knowsley Safari Park, who are running an illegal organ racket on the black market. On my last visit I witnessed two lions tear open a zebra carcass and run off with at least one heart and a liver between them. When I tried to flag this up with the park ranger, I was told to "stay in my vehicle" and promptly banned from the park. It makes me wonder if the keepers were in on the whole scam, perhaps taking a sneaky cut of the profits for their cooperation.

In fact, during my investigations I've noticed that it's not only animals that are involved in such activities. Sometimes they team up with humans to commit atrocities. I've heard reports of mafia bosses ordering people to "sleep with fishes", which constitutes as interspecies prostitution in my book.

I'm sure you all agree that something should be done to halt this animal crimewave. I urge you to write to your MP, member of congress, or the RSPCA and voice your concerns. Together, we can stop the animals.
Posted by Adam Lloyd at Monday, May 13, 2013