The old saying goes "never judge a book by it's cover". A moral lesson indeed, but if books had covers such as these, they'd have been rounded up and sacrificed to whichever offending God was responsible. In other words, we'd have never learned to read.

Video game covers are supposed to be exciting adverts which give you a strong interpretation of what you can expect when you fire the game up. These examples do neither, and are probably harmful to brain development. Here's a short list of some of the worst offenders: 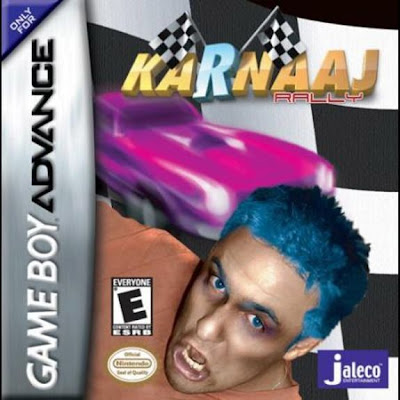 A world in which this exists is not a world I want to live in. This boxart raises so many more questions than it answers, such as "who the hell is that guy?", "why does he look like a Guido version of Blanka from Street Fighter?", and "what charity can I donate to to help him back onto his feet?". Also, I assume that the blur effect on the car is meant to give the illusion of speed, but instead looks like someone spilled water on the cover and made the colours run into each other. Perhaps someone thought the original copy was a drinks coaster. 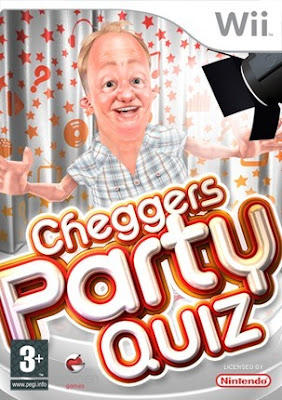 Although on this cover Cheggers looks like Paul Daniels being slowly pushed through the skin of a tambourine, this is more of a terrible game than a terrible example of boxart. This image is representative of how Cheggers actually looks in the game, like a giant baby after a face graft with Rocky Dennis.

The Wii may be the home of family entertainment, which explains why a game like this might have come to fruition. However, when you consider that Keith Chegwin once hosted a TV show called Naked Jungle, in which his Cheggers swung freely in the breeze, the game becomes even more nightmareish as you start to imagine Cheggers shedding his clothes and gyrating around the screen in celebration as you answer another question correctly. If you win the game, Keith begins to pole dance in your mind as you gawp on openmouthed, wondering why your wife and children next to you are not attempting to end their own lives with their Wiimotes. 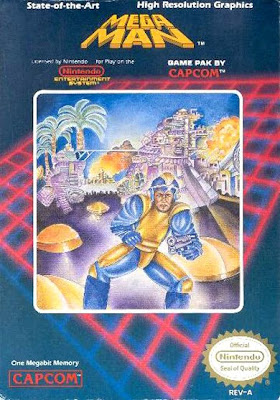 Message to the cover artist: "We've made a game about a metal man from the future who shoots people. Please draw something appropriate."

Back in the olden days, when people ate blancmange without shame and an Internet connection could only be installed in the outhouse next to the toilet, video game graphics were far from realistic. Without an adequate game engine to render a beautiful interpretation of the game and its characters, it was down to the artist to draw something exciting. Unfortunately, the artists very rarely actually played the game. The results are obvious. 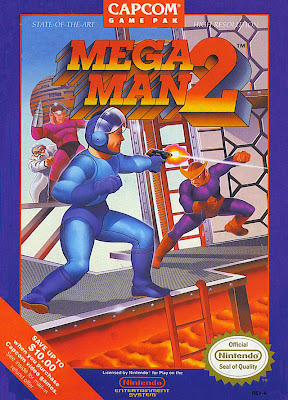 Although this is nowhere near as dire as the previous Mega Man artwork, it is far less excusable. They've obviously hired a new artist, but again, failed to tell them anything about the game. For starters, Mega Man is using a pistol despite the fact that he should have a cannon grafted onto his arm. Also, he's wearing spandex and looks a Power Ranger suffering from stunted growth. Put simply, you could describe this artwork as being gay. Put more elaborately, you could say that this is so flagrantly homosexual that it would even creep out people who have sex with men. 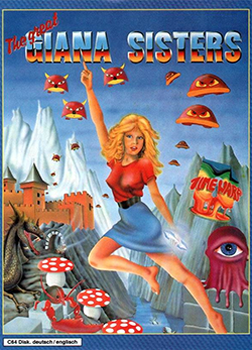 Sisters are breaching copyright for themselves! In what is obviously a feminist's take on the Super Mario games, the cover includes several staples of the plumber's outings. Those are obviously Goombas in the sky, along with tons of mushrooms sprinkled over the floor. Even without mentioning the obvious link with castles between the two, you've already drawn up a legal document and sued the offending company back into the stone age.

If you want proof as to how far the developers went to rip off Mario, take a look at this speedrun video. The first level is almost identical to the point where you have to watch a video of Mario just to make sure it isn't the same. 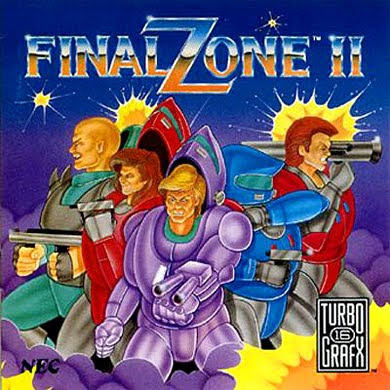 Judging this game by it's cover, we can conclude that this is basically Mass Effect when viewed through a stained glass window covered in shit.

The best feature about this is the guy on the right with the explosion happening behind his head. It looks like he has a yellow mohican on top of his brown mullet, which couldn't be any more 80's if it was set to some inoffensive rap.

And there you have it. If you're a concerned parent who is concerned with the amount of time little Tommy spends playing Halos Of War 5 or whatever, show him this article. These covers have done more to set back the video game industry than Loose Women have done for feminism.
Posted by Adam Lloyd at Friday, October 14, 2011