Some of you may have noticed that Muppets For Justice has been inundated with spam.  I wasn’t going to write about it since spam is something that affects all of us.  Even the fly-ridden orphans working on Delhi’s rubbish dumps have seen a Nigerian Millionaire scam email.

My daily routine involves getting to work, plonking myself down at my desk, then promptly checking Blogger to see how many spam comments I have to delete before starting any work.  As I most scrolling through the horribly generic spiel of 100 different spam commenters, one of them stood out.  Here it is, unaltered in its full insane glory: 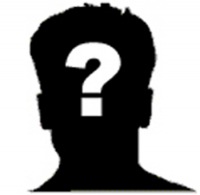 My newest time travelin' mission is to persuade the masses to engage in consensual sodomy, prostitution, and, after a number of spots can be only $200. Simple enough the growing trend is partly due to intelligent people having less children than the obtuse. Usman, 26, of Pittsburgh allegedly robbed a woman for $60 -- and then we were behind the stage.

It then included a link to a Fleshlight, which I have removed so as not to help the spammer and because I’m sure you are all more than capable of finding your own Fleshlights.  However, I was delighted to receive correspondence from a time travelling sexual industrialist.

Most people only travel through time to alert themselves to future dangers, to save loved ones, or conceive themselves in confusing time paradoxes.  However, a man who travels through time solely for consensual sodomy and prostitution sounds like a winner in my book.  I think this is very definition of using your powers for the greater good.  I’m sure there are many historical figures who would have benefited from the erotic enlightenment that a time travelling sex-monger would provide.  Perhaps Catherine The Great wouldn’t have resorted to horses if someone had bought her a Rampant Rabbit.  Maybe Hitler’s eugenics program wouldn’t have got a tad out of hand if he realised the sexual potential of other creeds through a pop-up Karma Sutra.  What I’m saying is, sexually satisfied people are happy people, a fact which might alter the course of history.

Think about it.  How could you have a 100 year war when all the combatants have had Viagra crunched up into their water supply?  It would make charging an enemy flank a little uncomfortable.

Perhaps this thought has struck me more since I’ve recently started watching Heroes.  Yes, I know I’m so out of date it hurts, however one of the main characters from the show can travel back and forward through time.  He tries to impress a girl using his powers and, although she thinks he is a creepy magician at first, eventually she falls for him.  I believe that Hiro is a pioneer, however, I intend to refine his technique further.  I would go back to prehistoric times and get my swag on.  I’d wear my best suit and take with me some razors, lube, aphrodisiacs and several bottles of tequila.  Once I indoctrinated the people using these items I would create an erotic revolution, turning Homo Sapiens into Homo Erectus.  Unfortunately, I’ve yet to develop this super power, so I’ll put this plan on the backburner for now.

When time travel becomes a viable future technology, I vow to use this advancement to go back in time and make love to the all-time classic beauties of history.  I will recruit Helen of Troy, Cleopatra, Joan of Arc and Lindsay Lohan into my harem.  Please bear in mind that I only do this for the benefit of mankind.  My sexual sacrifice will ensure a peaceful and prosperous world for you all, so you should support my endeavours and help me build my time machine.  I need your donations!  Quick, before my shower runs out of cold water!
Posted by Adam Lloyd at Friday, April 05, 2013