Everyone has already done their big lists for 2009, so yes, I'm a little late to the table. However, considering that Muppets For Justice has only just risen from the dead like a cliché-riddled Phoenix, here is my paltry effort at a new year's countdown list.

The people below are celebrities who have gone the extra mile in 2008 for being a mixture of tedious, banal, and generally shit, and they are people who we'd like to see much less of in 2009. Bear in mind that this not a definitive list of shitties, as our popular culture is riddled with them. Consider it as more of a "special honours" list, for those who really pushed the boat out and pissed me off. 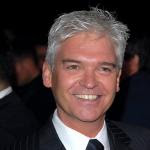 If you were to take a blade to Phillip Schofield, I'm pretty sure that pure, undiluted evil would run freely from his veins. This man may not be solely responsible for the horrors of daytime, but he is certainly one of the main perpetrators. He and his weight-fluctuating bastion of banallity, Ferne Britton were already in poor standing at the start of this year due to their relentless shittery on This Morning, but then they were both chosen to to host an even more watered down version of that aging gameshow, Mr and Mrs. This show gets worse every time they bring it back, and it suffers even more when they put it on at primetime on a Saturday night. Nobody really cares if someone's wife farts whilst doing the dishes, or if someone's husband has a nasty habit of picking his ears with a fishfork.

It's sad to think that Phillip Schofield used to entertain children with a small gopher, and now people throw money at him to host nothing but phone-ins. Phil has probably milked more money out of the general public than a squadron of debt collectors, which wouldn't be so bad if the money wasn't wasted on making even more programs about even more talentless celebrities slipping around on an ice rink. Yes, Dancing On Ice is yet another tapeworm to add to Schofield's colon of crappy television shows. If you're not convinced that you should dislike him yet, take a look at his photo. How old is he exactly? He looks young, but has prematurely aged and got himself a granddad tan. The popular theory is that he sold his youth in exchange for a longer TV career. 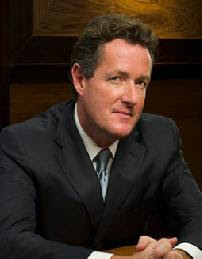 Piers deserves a standing ovation and a lifetime achievement award for being a complete cuntweasel. These days, he masquerades as one of the judges on Britain's Got Talent (which is annoying enough to deserve a mention), but not all that long ago, he was the editor of the Daily Mirror, a newspaper which dedicated itself to making up rumours and lies about people in the limelight and was famous for the misinformation printed within. After many years pursuing this course of action until his sacking in 2004, he then branched out into television, and will soon be making his own documentaries about his holidays to extravagant places around the world, which is contemptible enough in my vision.

However, what really adds the final clagnut to the steaming turd that is Piers is his incessant arguments and clashes with other, more talented celebrities. First of all, his hate campaign against Ian Hislop was laughable. Even though Ian Hislop himself may be about as funny as third world debt, he still outshines Piers since Hislop doesn't use his publication to childishly insult people he doesn't like by calling them "gnomes".

Then there's the clash with Clarkson that was highly publicised, but worst of all, Piers had the audacity to call out Johnathan Ross over the Manuelgate scandal. Honestly Piers, the hypocrisy of your mock outrage was unbearable. Does making fun of famous people in the media offend you Piers? Then why have you made a living out of the very same thing for almost a decade, you contradictory sack of shite? Also, he is solely responsible for Paul Burrell, which leads me nicely on to... 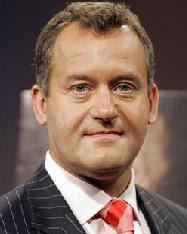 This is a man who is famous purely for making tea. Paul Burrell was a butler to Princess Diana before her death in 1997, and we haven't stopped hearing about it since. Paul has successfully made a career out of a carcrash, which I suppose could be considered as an achievement if he was little more coy about his plan to milk the papers for all they're worth and spill every last detail about the Royals. It seems that every couple of weeks, even now, there is a headline or television show entitled "Paul Burrell: My Story", "The Truth By Paul Burrell", "The REAL Truth About My Story", or "Oh Sorry, Here's Some Bits I Missed Out Of My Definitive Truth".

Paul became ten times more detestable when he started appearing on reality TV shows like Celebrity Love Jungle or whatever the hell he was on. Surely I don't need to describe the types of insipid, vacuous "celebrities" that appear on those shows, do I? 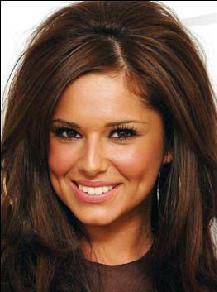 Cheryl is possibly the only person in the world to capitalise on being cheated on by her husband. As soon as the story broke, moronic council estate fashionistas rallied around as a women united front, braying for the blood of the bloke who "done dat cheatin' ", whilst also gathering enough stray timber, fallen from the wooden support struts of their dilapidated dwellings, to build a 100ft monument to goddess Cheryl.

Alright, the previous statement may have been riddled with hyperbole, but Cheryl's ascent from Blank Canvas In The Back Of A Pop Group to Talent Judge And Fashion Icon Extraordinaire during 2008 has felt like the second coming of
Benji Dawson
Add as Friend
why did you turn weird and start accusing me of horrible things? i just thought you would like to make some money for your charity but i guess i was wrong!
Benji Dawson
Add as Friend
Posted by Adam Lloyd at Tuesday, January 20, 2009