The Creepiest Games You Know

Welcome to the dark side, where up is down, time is no time at all, and jelly babies are now jelly teenagers and won't come out of their rooms for a family meal.  That's right, you've reached the Twilight Zone of the Internet, and once you've changed your underwear after that frightening first sentence, we're going to explore the scariest business that the electronic format can provide.  Namely, creepy video games.

Anyway, while there are plenty of frightening games out there, sometimes developers will throw a curveball into an otherwise happy, child friendly game.  I want to discuss those video game moments that are either unintentionally upsetting, or just outright jarring.  Below is a small selection of utterly horrifying gaming moments that quite simply shouldn’t be.

Back in the late 90’s, Nintendo released a camera peripheral for their wildly popular Gameboy.  The idea was that you could take photos, edit them, and print them out for your friends.  The last thing that Gameboy camera owners expected to see was this: 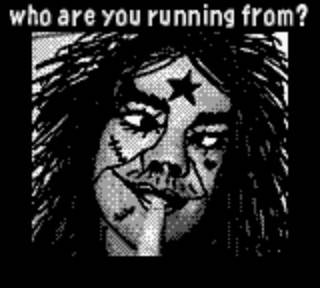 The image is actually an error handler.  Rather than displaying an error message if something goes wrong, Ninty thought it would be a lot more child friendly to display disfigured faces with the rather menacing phrase “WHO ARE YOU RUNNING FROM?”.  Considering that one of the main causes of this error was by selecting the Run command, which hadn’t actually been programmed, this often seen error screen caused many childhood nightmares.

Most developers would have either just removed the Run command or displayed a generic error message, but Nintendo decided to opt for this frankly baffling picture.  Perhaps they thought it was a joke, but either way, it was poorly judged on their part.

Oh what fun!  Here’s a game where you leap around as a little blue hedgehog and free tiny animals from robots!  This game will be completely suitable for my children and guaranteed not to scar them for life: 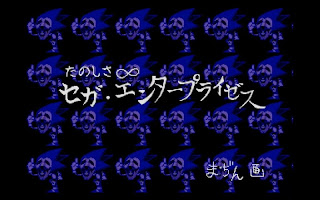 This was a sound test easter egg put in by a development team who had spent the first half of eternity in hell.  Of course, an eyeless freaky Sonic is a perfect image to show the kiddywinks!  They’re going to enjoy seeing their cutesy hero wearing a threatening mask while he leers at you through those soulless sockets.  What makes this even worse is the music associated with it.  Seriously, watch this on YouTube for the full effect:

Super Mario Galaxy was one of the biggest hits on one of the most ubiquitous console of recent years, The Wii.  If you’ve ever played the game, did you ever get the eerie sense that you were being watched?  Well you should have done, largely down to these little folks: 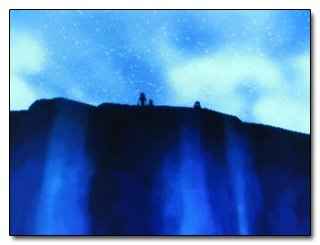 Yes, there are mysterious shadow figure overseeing the events of Super Mario Galaxy.  Who are these secretive beings?  Can they feel love?  Who on the art team thought to include them?  Chances are, with this being a tiny speck of the background that has been magnified, one of the artists included this as a joke.  What’s more surprising is that someone even noticed this in the first place.

There are many horrors that an irradiated wasteland can offer up, but none quite compare to the skinless floating muscle people that occasionally pop up in Fallout 3. 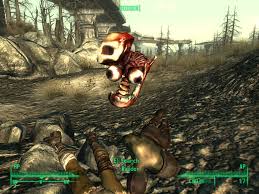 During the game you can quite easily blow enemies to pieces, quite literally, spreading their organs and guts across the ruins of DC.  But occasionally, a bug in the game causes those pieces to reform into a character.  Sometimes they'll mysteriously float around aimlessly, others can be interacted with, but all are freaky as all hell.

Okay, Half Life 2 is intentionally creepy in a lot of places, but this one is a particularly freaky easter egg that everyone will have come across without knowing it.  Specifically, the zombie headcrab noise:


Yes, those people are screaming "OH GOD HELP ME", which is a nice unsettling touch added by the developers there.

Anyway, that's all I have to share with you today.  I figured that the blazing sunlight and longer daytime hours of July would make an ideal backdrop to discuss scary stuff, rather than waiting until Halloween like a walking cliché.  Regardless, do you have any unintentionally creepy gaming moments to share?