Why I Love The Credit Crunch

I want you to try something with me. Close your eyes (after you've finished reading this sentence, otherwise you won't be able to read what I want you to do, stupid!) for a few seconds, and visualise the word 'RECESSION'.

... Done it yet? No doubt you saw endless floating pie charts, graphs spiralling to the floor, and big red arrows pointing downwards towards the Earth's core, suggesting that is the place where all the fat cat bankers are headed. You probably also saw nervous government officials unsure of themselves, and businessmen in suits and ties forced to live on the streets, licking melted cheese off of a discarded McDonald's burger box. All very boring stuff really, is it not? 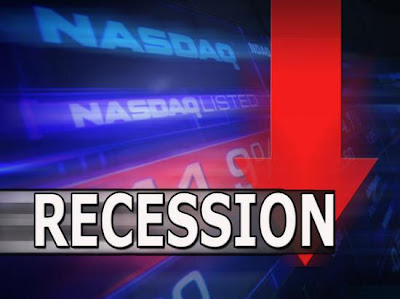 Recession, recession, recession. The word itself is dull, dreary, and frankly, gloomy. So cast your mind back to just little under a year ago, and you'll be surprised to realise that we weren't talking about 'Recession', but talking about 'The Credit Crunch'. Credit Crunch is much more happy-go-lucky term of affection for a period of thrift and collective batoning down of proverbial hatches. It's a term that includes people when it comes to the tightening of those expensive River Island belts that we were able to afford back in 2007, when every single one of us were rich and guilt free with our spending. It is basically a marketing term to glamorise the most unglamorous of economical disasters, and personally, I much preferred it. Plus, it also conjured up the image of a giant Pac-Man creature made of money breaking into a stock trading floor and "crunching" on the traders.

The Credit Crunch only used to affect bankers, and those people looking at imaginary figures and graphs on a screen known as stock traders. It didn't attack you and me, the average Joe on the street, giving us the opportunity to point and laugh at the cataclysmic failure of those highly paid financial folks, who were previously untouchable. We in the 'real economy' were unaffected, and as such, could all hold hands together and collectively enjoy the Crunch. It saw prices of petrol fall by about 40p, which meant that we could all go out for Sunday drives without a care for the environment. Not only that, but the housing market went tits up, which meant that lawyers and estate agents were suddenly in trouble. Glorious news for those of us in the real economy. 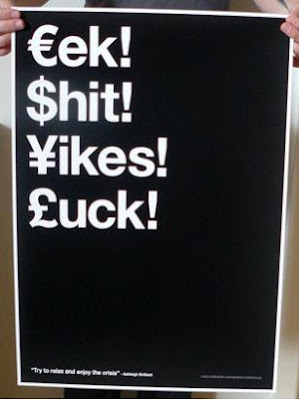 But then, someone had the sheer audacity to spoil these marvellous times for us by uttering the word 'Recession'. As soon as this happened, the good times were over. Suddenly, all of our high street shops started shutting, which was all well and good when it only affected stores that are run by absolute cockflutes such as Woolworths, but then it started to take out decent stores and hit independant retaillers. The harsh reality hit home that very few of us would be recieving payrises the next fiscal year too, thus making us incapable of stimulating the economy again by going out and spending money. Thanks recession! How am I going to buy the latest iteration of the iPhone and kit it out with Jamster ringtones now?!

2008 was a much better year due to the Credit Crunch. It was made all worthwhile in the the single act of successfully banishing that annoying goit Howard from the Halifax adverts, but it also did other decent acts of public service.

For another example; it created a rather comical political circus where politicians danced around the issue, unable to explain to anyone exactly what was happening and how it could be resolved. It made Gordon Brown (a man who was previously the "guy who is good with money" for the government) look like a total failure, whilst the Tories didn't fare much better either. Conservative, David Cameron, started leaping around mentioning the word 'change' in every sentence. Now, change is a nice word, but coming from a party known as "The Conservatives" is surely the most hypocritical thing possible. It'd be like the Liberal Democrats taking away women's right to vote, or the Child Protection Agency offering work experience to known paedophiles. It was all very amusing.

So, what have we learned from this experience? Basically, as soon as you try and get real about a problem, things start to become worse. It is much better to sugarcoat a problem, ignore it, or even celebrate it, in the hope that it will soon go away. If you're going to have an economical disaster, you'll probably be better off if you don't try and address it head on. Everyone can enjoy a crisis if it is distanced from themselves, and will be much happier for it. Down with Recession, up with Credit-a-saurus.
Posted by Adam Lloyd at Friday, May 01, 2009