There are a lot of things on the Internet we take for granted.  Google, for example, has been around on the Internet as long as flaming skull GIFs and casual sexism.  Google has even managed to integrate itself into many of our browsers and is the default search engine for millions, even billions of people.  So, I find it staggering that, due to the prevalence of Google, a website such as Yahoo Answers still exists.

For those that don’t know, Yahoo Answers allows anyone to ask a question.  Other registered users will strive to answer that question over the course of the next few days, after which the asker can vote on the best answer.  It’s like using a search engine, but it takes several day/night cycles to reach a conclusion.  Regardless, many of the questions submitted are hilariously awful.  I feel no shame in posting these screen caps since these people uploaded them to a public domain anyway.

In all honesty, I have spent many sleepless nights weeping over the existence of One Direction, but I suspect our motives are different.  In any case, I think Jodie would rather enjoy reading the Harry Styles News Wire, probably more than I did.

Nah it's fine.  When the first canines evolved, they were specifically adapted to digest copious amounts of sugar and E numbers.  He'll probably be fine.  If he stops moving for a while, that's just his way of breaking down the enzymes .

What strikes me is, by the time we've figured out the best answer it'll be too late either way.  Either the dog will survive or it will die.  The Internet waits with baited breath for the outcome.

I don't understand why LFM is so keen to compare Greeks and Albanians.  Do they have a genetic rivalry that I'm not aware of?  Frankly, I'm more concerned about who would be more proficient on a balance beam, Hungarians or Eskimos.

Nice smooth tone big legs.  What a lovely sentence.  It's what I search for whenever I'm on the Internet.  Regardless, this is a little incestuous and I think we should move on...

No, because when I got out, seagulls would peck me.  However, I would wash myself in a hot spring of Marmite.  Next question!

You could swim in a lake of mayonnaise.  You won't need armbands because if you slipped under, you'd be able to eat your way back out. 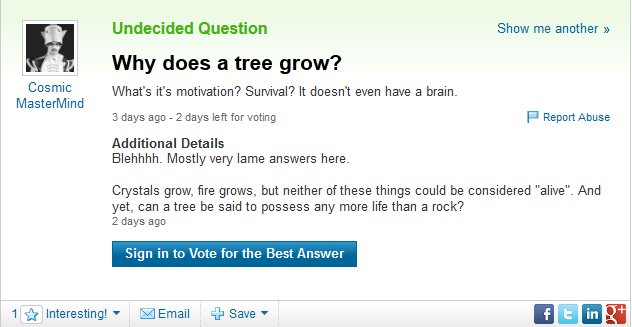 This would be quite a metaphysical question if it wasn't for the waves of scientific evidence we currently have access to.

Thanks for this life-affirming tale.  Due to my expertise in this area, I predict that you'll have to take a dump the size of a monster truck over the next day or two.

We like to have it off with members of the same sex,
We're an exclusive club but don't compare us to sects,
Shimmy shimmy ya, shimmy yo, shimmy yay,
Gimme the mic to me because I'm proud to be gay, 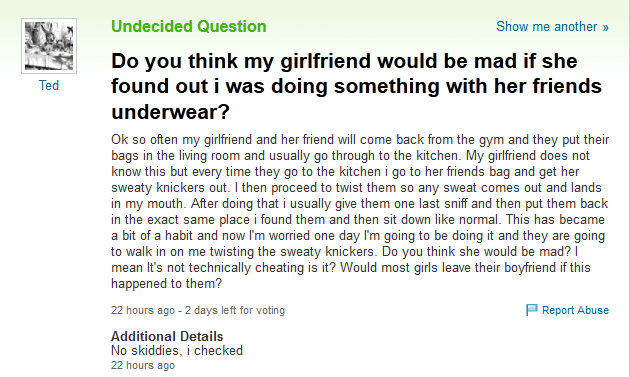 No skiddies?  Thank God for that, I was worried for a second!

Now that I've dipped my toe into the murky puddle of stupidity, I feel the sudden urge to shower, vigorously.  Until next time!
Posted by Adam Lloyd at Friday, March 01, 2013