An Ode To Engelbert

We Bloggers are a tribal lot.  We tend to pick a circle of Blogs that we like to read, and we will stick to them furiously through thick and thin, richer or poorer, sexual benefits or no sexual benefits.  So, I found myself rather saddened when my good friend Pickleope became the target of  hate campaign over his post about Burt Bacharach.  I couldn't stand to see any man or briney vegetable be tortured so vociferously over his poetry, especially when it is as artistic as Pickleope's.

As a show of solidarity, I will stand by my Blogging brother, and even try to further this niche genre that he is forging.  I have created a post about another oddly named singer, Engelbert Humperdinck.  Please enjoy: 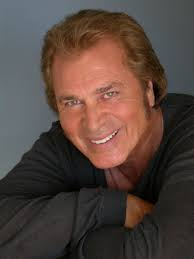 Engelbert Humperdinck caused a big stink on the day he performed at his local ice rink.  He performed a lip sync to an N Sync hit, but was booed off the stage when the song reached its brink.

But this wasn’t the worst thing that Humperdinck did. Backstage he went to wash his hands in the sink, but the soap was pink and it squirted out quick.  He got pink sink soap all over his mink coat, so he went to the rink manager and called him a scrote.

“Who will pay to dry clean my mink? I think a hot wash might cause it to shrink, and I don’t want to wear a pygmy pink mink!”

The manager of the rink smirked at the pink mink.  He wasn’t impressed by Humperdinck’s stink, so with a knowing wink, he informed the star that he could end up in the clink, if he called the police.

Humperdinck, taking a sip of his drink (and a supplement pill full of Humperdinck’s zinc), had a quick think about his pink mink. He could link the rink to the mess of the mink, but he couldn’t replace what had now been dyed pink.  If he added some some ink he could perhaps make it purplish pink, but that might further ruin the soft slinky mink.  If only there was a Mink Repair Inc.

Rather than stomp around like a missing link, Humperdinck went home to his piano to plink.  As he plinked out an N Sync ditty with a whiskey on hand, he let the drink sink into his pituitary gland.  Being as drunk as a skink, he couldn’t rightly think, and sunk all of his funds into a show called Batfink.


With Humperdinck still in an alcohol-fuelled stink, he hired an escort from Sleazy Dee’s Kink.  A kinky young lady turned up at the door, and she found herself humping a Humperdinck dick. Once The Hump was satiated, miss Kink went to wash off, which she did by straddling Humperdinck’s sink.  She glanced round the bathroom, but there was no towel, so she dried herself off on a coat of pink mink.  Humperdinck screamed when he saw his pink mink being shoved up the chuff of this lady of kink.  The Dinck’s first instinct was to make her extinct, but instead he rang the precinct to collect this daft bint.

The police came by with an enquiring eye, and said “Hey, aren’t you that guy who was down by the rink and who kicked up a stink?  Let’s get him boys; I think that we’ve got this case linked”.

Humperdinck glanced around with no time to think, and picked up a statue of a rather nice sphinx.  Then with a distinct thud to the head, the cop and his colleagues promptly fell down dead.

In thrall to a hooker and dead cops with crocked domes, he dreaded the time when his wife arrived home. But worse than the wrath of the lovely Miss ‘Dinck, he bemoaned the loss of his wonderful mink.  Now it was covered in pink, ink, and fanny juice, The Hump couldn’t look at that sorry excuse.  He lifted a gun barrel to his temple, but hesitated as his lip started to tremble.  And this is the story of how Humperdinck, came to take his own life for a coat made of mink.

Pickleope, I'm here for you brother! I definitely haven't exploited this as an excuse to copy your post, this is a stand of solidarity.  Band of Bloggers!  So come on, trolls! Give me your best shot!

(P.S. If anyone would like me to record a reading of this, let me know)
Posted by Adam Lloyd at Monday, January 20, 2014