Not Another Brain Shit

Hello friends!  Today, we're going to have a break from the Blog tour to bring you some urgent gibberish.  This is part of my long-running Brain Shit series, where I sit down and write with no real agenda and just see what comes out.  Below is what I cam up with, which hasn't been editted other than spelling alterations, and a nice picture.  Enjoy!

Being a streetlife hustler like myself, I often find myself playing the odds on a regular basis. “The Odds” being a weird couple called Bob and Marge who live down the street. They often come over for a game of Strip Operation, or Blind Man’s Boggle, which constitutes our usual game night. Other homemade games include “Name That Stink” and “How Much Mustard Can You Rub In Your Eyes Before You Have To Visit A&E”. I’ve consulted both Waddingtons and HB, but neither have accepted these ideas for commercial games.

Board games are a weird sort. They are like video games, but you don’t stare at a TV and often have to talk to people who are in the same room as you. Conversing with people is hard, especially when they won’t accept that your King can move anywhere on the board he likes, or else I’ll have everyone’s heads cut off. They didn’t think I was serious.

I tell you, heads on pikes are very good at deterring door-to-door salesmen. They do attract a lot of raccoons though, which is strange since raccoons are not indigenous to England. Who has unleashed this plague of flesh-eating raccoons upon us? Some would say that I’ve bought it on myself, what with the decaying corpses of my enemies/board game opponents rotting away in a ditch. It tends to attract unsavoury animals. But to attract animals from other continents takes a rather special type of rotting pile. That’s why I have made my New Year’s Resolution to extend my pit of death to unrealistic proportions. I will grow my deceased dungheap until more exotic, and possibly even extinct animals arrive to feast upon the remains. Once I get my first dinosaur I will have achieved my goals.

Now, there are some creationists who might say that is impossible, and that dinosaurs are the devil’s greatest hoax. Well, those people haven’t seen the prank I pulled on my friend Brad on April Fools. I rang him first thing in the morning and said “Hey Brad, did you know that you SUCK AT PARAGLIDING?!” Whilst it is technically true since Brad has never done any kind of gliding, para or otherwise, it upset him immensely and he spent the rest of the day indoors. I will buy him some paragliding lessons for his birthday this year.

Speaking of birthdays, I think it’s rather unfair that people have more birthdays than others. I only have one a year, but the Queen has two, and I know a guy who has fifteen. He makes me buy him presents for each one, usually involving dancing ladies who do high kicks and tell him it is his birthday all the time. I’ve never had dancing girls for my birthday, although a bird did crash through my window and did a death spasm on my cake once, which totally ruined my 5th birthday party.

Parties are an odd thing. Some people have parties, but some people belong to parties. Then you have party political broadcasts, which are nowhere near as fun as they sound. I’ve seen David Cameron downing a few brews at a house party and trying to get Samantha into an upstairs bedroom, which turns out to be occupied by Vince Cable doing blow off of Clegg’s crack. That would be a good night, not that I endorse drug taking. I only endorse drugs in a humorous context where politicians might be taking them and being sleazy at a teenage house party. Which is nothing like Noel’s House Party as there is no bulbous pink man covered in spots. 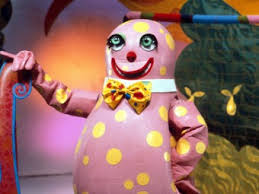 Phew, I feel so much better now I've got that out of my system.  The Blog tour will resume shortly, so join me next time when I invade some other poor sap's Blog.  Until then, stay slinky.
Posted by Adam Lloyd at Tuesday, January 14, 2014