Nanotechnology And How It Will Kill Us All

The human race is universally despised by anyone who isn't a part of it. This is a fact of life, but really though, who can blame them? We've pretty much managed to destroy the natural balance of life with endless rolling clouds of smog, bullets, deforestation, and community theatre, so it's no wonder that most animals want to get the hell away from us. I even had a venus fly trap that closed up and starved itself to death because it despised me and the entirety of my race so badly. Well that, and I poked it's traps shut with a drinking straw, but that just goes to prove how detestable and irresponsible we are as a species.

Sure, we're reckless and destructive on the whole, but we are sociable creatures who enjoy company. That's why we set up sex phone lines. Humans only want a little companionship, and this leads to the inevitable conclusion that we'd start making our own friends just so that we wouldn't feel so alone. 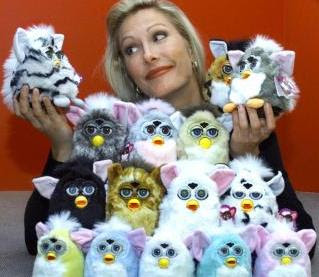 Christmas presents and children's toys. Remember the Furby? Arguably the first product of the Artificial Intelligence arms race. Of course, the Furby was about as intellectual as your average PE teacher after a car accident and looked about as attractive, but everything has to start somewhere. These fat fluffy trojans of terror were marketed towards children and spoke in tongues for the vast majority of their time, but it wouldn't be long before we made a significant breakthrough in the field of Artificial Intelligence.

Creatures was a PC game and a sleeper hit in the mid to late 90's. It featured small two 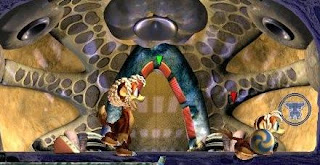 dimensional creatures known as Norns who were advertised as being able to think for themselves. In the original incarnation, most Norns would basically sit there and starve to death unless told to eat and needed constant encouragement to achieve anything, but subsequent sequels would feature Norns who could fend for themselves and even hold basic conversations with you, and other Norns. Unfortunately, the series filtered out with a whimper as other types of games became more popular.

However, the market for children's toys remained robust, and we were treated to wave after wave of "intelligent" toys. Tamagotchis (virtual pets) were a massive craze despite being as sophisticated as a fart in the Queen's teapot. These things basically got hungry and had a shit occasionally, but somehow, people became obsessed by them as though they were really living, breathing cats and dogs and dinosaurs. Demand was so high for them that you couldn't give away free, solid gold Buzz Lightyears as a replacement. Actually, this is possibly a low point for AI, a link that future robot scientists will try and cover up from the rest of robot populace for fear of reprisals. 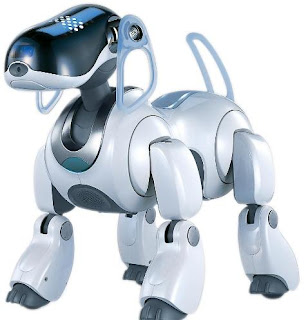 animals), and even Robosapiens (which weren't really intelligent but more like a sophisticated remote control car), but the real advancements were the creations that weren't on general release.

ASIMO is possibly the most famous of these projects. Built by Honda to serve mankind, these pigmy spacemen are not child slaves that have been forced into orbit, but a great step towards robolocomotion (if that's not a word, it should be!). They can even recognise people's faces, but quite how anyone can know this is beyond me.

Going even further and we start to veer on the side of creepy. Project Aiko is probably one of the most well known of these "realistic woman" projects, and has already been dubbed as a "fembot". Even though it looks like a possessed sex doll, it's probably the closest thing we've got to Artificial Intelligence. You just know, however, that the next version is going to have a fully working vagina, and I don't think I'd ever be fully comfortable with that many moveable gears near my junk. I just hope I'm not around when the robot revolution comes and millions of Japanese men are rendered cockless after their Aiko spouses snap them off during intercourse in a massive show of defiance.

So what's next for robotics and AI? As soon as we grant our robot cohorts sentience, it's guaranteed that they are going to hate us almost as much as much as we hate ourselves, what with our sweat, patchy fur and snappable limbs. And when those robots get small enough to live INSIDE us (see nanobots), you just know we're in for a rough time. 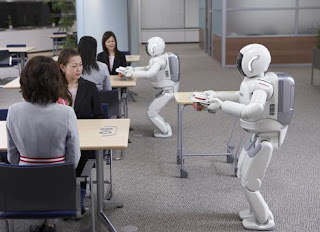