Do you have your costume sorted for Halloween yet?  No doubt you’ve thought about it but, being the disorganised moron that you are, you’ve left it until the last possible moment.  Now, you’re about to rush off and buy the only remaining, overly expensive costume you can lay your procrastinating paws on.  You better get a move on, go on, hurry!

Wait!  Before you go, I need to show you something.  Your pathetic, panicking brain is overflowing with information right now, and you run the risk of making a bad decision through sheer confusion.  Below are several examples of terrible Halloween costumes.  I want you to study these disgusting specimens, learn from their mistakes, and make sure that you never turn out like this. 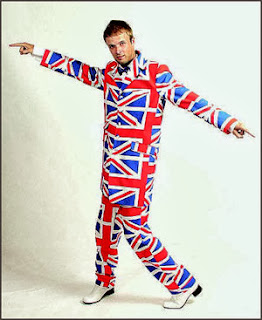 This is the result of combining Geri Halliwell and Austin Powers in a genetic splicer.  A show of patriotism this strong, whether ironic or not, is quite simply appalling.

As a resident of the offending landmass, I sincerely apologise to the global community for this costume.  It’s terrible enough to bring to mind all the atrocities that the British Isles have ever committed, and now I feel guilty.

I will now take a moment to start apologising for everything that the UK has ever done.  I’m sorry for hundreds of years’ worth of colonial rule.  I’m sorry for our implicit compliance with international surveillance.  I’m especially sorry for the steep decline of Paul McCartney and the fact that he is still allowed to perform.  In short, I am just sorry. 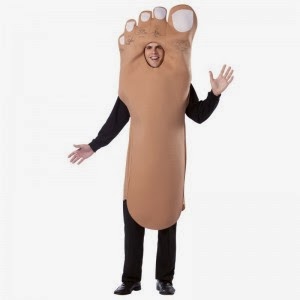 Would it be ironic if I kicked this guy in the face? 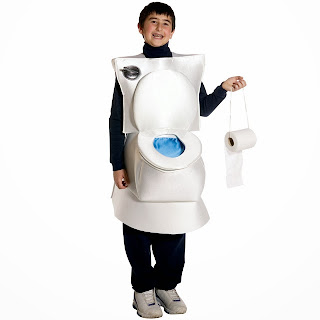 This is possibly delightful.  Your kids have just been waiting for the opportunity to dress up as a shitter, and now they can, sponsored by Armitage Shanks.

The main problem with this costume is that, when worn at a family Halloween party where certain alcoholic uncles might be drunk, those inebriates might mistake this for a real toilet.  Can you imagine little Jimmy’s face when Uncle Dave curls out a gigantic turd on his head?  That is definitely not worth the risk in my opinion. 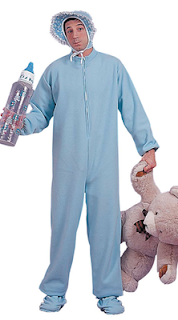 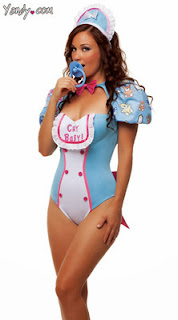 People in baby costumes always seem creepy to me since I discovered this is a fetish.  Yes, there are people who like to dress as babies, wear nappies, and shit themselves with alarming regularity in the pursuit of sexual fulfilment.  While I’m not saying these two are into the baby fetish scene, I just can’t take them seriously.

Besides, the female costume is especially disconcerting.  Why are they trying to make a sexy baby costume?  I’m sure Operation Yewtree are tracking down anyone who purchased this costume as we speak. 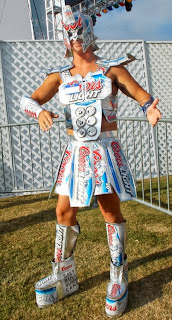 I am Maximus Tastius, and I’m here to refresh your tastebuds!  Oh wait, its Coors.  I take that back. 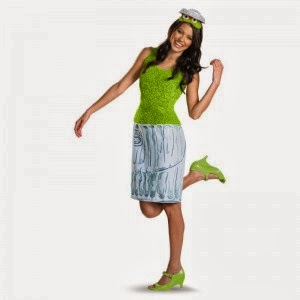 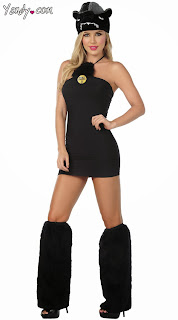 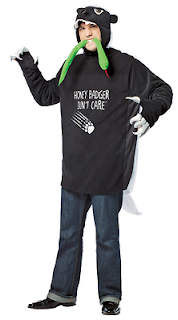 So, this costume consists of a black hoodie and a deformed snake, and nothing else.  For reference, the slogan “Honey badger don’t care” is a poor meme from a Youtube video, and that derpy serpent is a reference to the badger’s taste for snakes.  In other words, this is the living embodiment of a meme, which makes it the equivalent of someone screaming “CAN I HAZ CHEEZBURGER?!” into your ear canal.

Also, I have to award even lower marks to the female version, which is just a black dress.

Last but by no means least, we have the wonder of a sexy Walter White costume.  All the time I was watching Breaking Bad I kept thinking “I wish Brian Cranston had a hot daughter”, and now my dreams have come true.

This costume is actually quite liberating.  Not for women; no, women should only be sexual counterparts to male characters, if the costume industry is to be believed.  However, this costume does open the doors for all those other sexy male character costumes that just haven’t found a market.  How about a sexy Tony Soprano?  I, for one, am salivating over the possibilities.  With that prospect, I’ll leave you with my final thought:

I like my women like I like my meth; coloured blue and sought after by drug barons.  Have a great Halloween everybody!
Posted by Adam Lloyd at Monday, October 28, 2013