Kate Winslet Is Sick Of Being Typecast As A Woman

At a recent press conference, mutli award winning actress Kate Winslet sent tinsel town into a spiral as she announced that she was sick of being typecast, as a woman.

The 35 year old English actress accused Hollywood bosses of "inherent sexism" by pigeon holing her into only accepting female roles.

"As an actress, I want to take on greater challenges. For my gender, there is no greater challenge than to play the lead role in a James Bond movie, or perhaps The Fast And The Furious" she said.

"The movie business is the last bastion of sexism. These days, a woman can hold any position that a man can from a coal miner, to a chief executive. Except, it seems, in Hollywood, where certain parts are always given to men".

The news comes as a shock to movie producers who had lined her up for a number of 2012 releases with Winslet expected to play the female roles. A spokesman from Columbia Pictures has declared the studio is "disappointed" with her announcement, and that they are "preparing legal actions" should Winslet try and back out of the role, or take testosterone supplements during shooting.

When challenged about the lack of men taking up female roles on screen, Winslet put one hand on her hip, held her other hand in a slightly camp manner, and declared "oooohh errrr!"

For those who are thinking of hiring her as a man, there is an added incentive. The actress has promised to levy the fee for any studio "brave enough" to hire her for this kind of role. She declared this to be a pivotal point for female actresses everywhere, and hopes to be leaping through the air during an explosion and firing two handguns on our screens in the near future.

Shortly after the news broke, showbiz blogs and columnists around the world were driven to insane acts of violence against each other in order to secure rights to interview Kate Winslet first. An underground wrestling syndicate has been set up, with the next match to include Gordon Smart wrestling Marina Hyde. My own bout against the 3AM girls is scheduled for this afternoon. 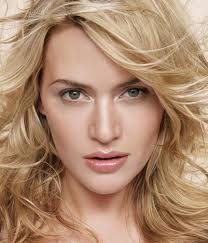