The Boundaries Of Comedy Part 2

I hope you all enjoyed the first instalment, as now, it is time to be serious again for a moment. Last time we discussed the media's power to instil a sense of immorality into selective areas of comedy, and pondered why they choose to ignore other, potentially more offensive aspects. This time, the focus shifts slightly onto the current political climate and how that is effecting the comedy that is produced.

First of all, I turn to tragic events and overblown sensationalism caused by them. Now, it's not a 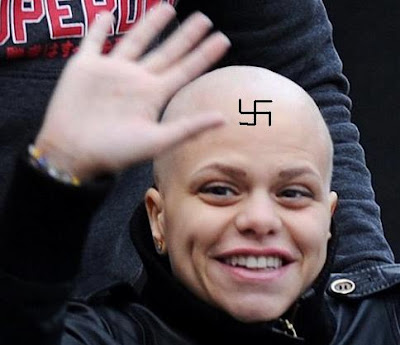 secret that our newspapers enjoy taking a terrible event and making an even bigger meal out of it in order to create a profitable story out of next to nothing. In the past, we've seen many breaking stories that have dragged on for much longer than they should have done, and many, whilst terrible in their nature, have been taken to the point of national hysteria. I only have to point at the support groups set up for Jade Goody as an example of this.

How does this impact on our tastes in humour? It might not necessarily affect us personally, but our comedians and writers are having to become increasingly aware of their subject matter. Sure, they might not even care if people are offended by their material (they may even relish it), but the recent trend seems to show that people outside the target audience are getting involved and trying to make it difficult for those who don't veer on the side of caution. Whether this is the reaction you are aiming for or not, it's obvious that many, many more people are becoming too reactionary to such trivial matters, and will purposefully go out of their way to ruin your day, blissfully unaware of the hypocrisy involved.

I have witnessed this first hand. A simple joke can cause a massive backlash, and on the Internet, can cause hate groups to spring up out of nowhere, simply because the other person doesn't share your sense of humour. 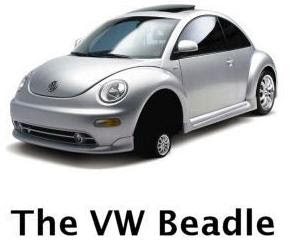 Not all that long ago, each of these breaking stories used to have a series of topical gags that would begin circulating around via text, email, and good old word of mouth. You'll probably remember the jokes about maddie turning up in the back of a Renault McCann, or about the local council doing away with christmas lights in favour of hanging (Gary) Glitter instead. Sure, they might be in bad taste for some, but regardless of whether you enjoy them or not, the lack of them sprouting up about recent stories indicates that a there is a growing sensitism amoung the public.

So what can be done? Frankly, until people cease allowing themselves to be manipulated into a false sense of alarm and realise that you don't have to rally around the latest national outcry to be a decent, contributing member of society, there isn't much that can be done. Our tabloids will continue to milk the latest tragedy for their own ends and means.
Posted by Adam Lloyd at Wednesday, March 04, 2009 3 comments:

The Boundaries Of Comedy Part 1

Pardon me whilst I disrupt the usual flow of unrelated comedic posts to talk frankly for a second, as this is a subject that has been playing on my mind for quite some time now, and has lately become a pressing issue in mainstream media and the public conscience. I am referring to (if you haven't already figured it out by the title) the boundaries of comedy today, and how easily people can be reprimanded and villainised for making what is considered an offensive joke.

This topic is hardly a newly formed debate and has probably been around for as long as the first time the chicken crossed the road. In fact, people have been divided by offensive content for a long time now. Old school 'comedians' (used in the loosest possible sense) such as Jim Davidson and Bernard Manning have always been subject to contention on their racist and vulgar material. Recently, however, we have seen the effects of how people can be influenced by the mainstream media into finding fault with comedians and their material. I am, of course, referring to the recent Manuelgate saga. 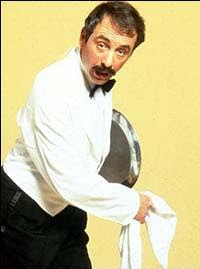 For those not in the know, or not from Britain, two popular comedians recently came under fire for ringing a 70's sitcom star and revealing details about his grandaughter's personal life. On Russell Brand's Radio 2 show, both he and Jonathan Ross dialled the number of Andrew Sachs (who played Manuel in renowned sitcom Faulty Towers) who was due to appear on the show himself, but had not been able to make it. They left a message on his answerphone, in which Jonathan Ross blurted out that Russell had "fucked" Andrew Sachs granddaughter (a claim which has since turned out to be true). Afterwards, the comedians both got carried away, and rung Andrew Sachs several times to apologise, each with humourous consequences.

For the few days after the broadcast, the BBC only recieved a handful of complaints about the 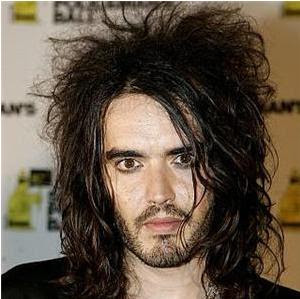 show, mainly for the fact that Ross dropped the F Word before the watershed. A couple of weeks later, someone at The Daily Mail heard of the broadcast and, after deciding that they hadn't managed to villainise somebody for a little while, ran a story where they campaigned for both presenters to be sacked. Things quickly escalated as other papers picked up the story, famous people started getting involved, somewhere in the region of 40,000 people complained to the BBC, and even David Cameron and the PM got involved, calling for investigations into the "terrible assault" on Andrew Sachs. The grandaughter also came out of the woodwork, claiming that Brand has violated her rights, whilst she promoted her porn show, The Satanic Sluts, and posed in The Sun, content to ride the publicity and uncover much more of herself than either Ross or Brand had revealed. Brand had to resign his show, and Ross had to be suspended after the BBC gave in to the overwhelming demands of the public.

Whether the comedians deserved their punishment or not is not entirely on topic, and is a whole other debate completely. The fact is that such a insignifcant event as this managed to cause national hysteria. Two men got carried away on a Radio show, and the only offensive content in the show (Ross's gaff on saying "Fucked") wasn't what caused the backlash at all . Andrew Sachs himself gave permission for them to air the material, and accepted their apologies as soon as the story broke. But this only paved the way for the press to push their luck once again.

As Manuelgate began to wind down, the media, still riding high on the powertrip they recieved from successfully banning two top TV stars for next to nothing, began looking for other comedians to attack. They found Frankie Boyle, a clever Scottish comedian who isn't afraid to shy away from topics that are near to the knuckle. Trying to find something to throw at him, the media picked up on his remark on popular satirical quiz show, Mock The Week, in which, when asked for Something That The Queen Would Never Say, he replied "I'm so old that my pussy is haunted.". Not only is this hilarious and witty, but it was shown after the watershed on a show where viewers expect this kind of humour, so Frankie was untouchable. Also, this show was a repeat, and neither viewing had recieved any complaints. This didn't stop news reporters from trying to cause an issue with this, and question the BBC's comedy output. Luckily, this particular issue was washed away as the media moved on to the latest thing: Baby P. 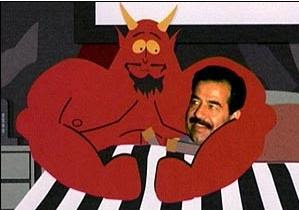 As contentious as some of this material seems to be, very few people pick up on the elements of comedy that push the boundaries much further. For example, take a look at South Park and its routines where Satan himself engages in homosexual acts with Saddam Hussain. Potentially, that could be a Daily Mail headline, pull out special, and protest march all on its own, so why hasn't it sent the masses into a frenzy? Why is it that Little Britain can get away with dressing up in fat suits, rolling around naked, and pissing and vomiting everywhere? This type of selective offence is filtered down through the media, and tens of thousands of people seem to buy into it.

Comedy, as a medium, has always pushed itself forwards by breaking taboos. Without that drive, 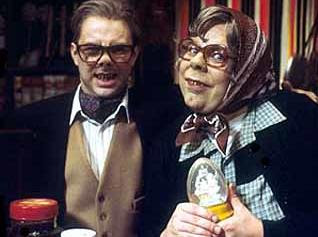 we would never have experienced some of the greatest comedy shows of all time. The Young Ones is often listed amongst people's favourite comedy programmes, and when it first airred, no one had seen anything of the sort. A bunch of wannabe anarchist students questioning the government and beating each other senseless whilst doing it is tame by today's standards, but in the 80's it blew people's perceptions of comedy out of the water. Then you have The League Of Gentlemen, which takes black comedy to the extreme and is the finest example of it's subgenre. Nearly every character is toe-curlingly hideous, yet they are hilarious, overblown observations that many can identify with. What I'm trying to say is that some of the most influential comedy is that which breaks down boundaries in a clever and concise manner, and is most likely to be a dividing point amongst those more liberal or more conservative. Need I even mention the Brass Eye paedophile special, which highlighted the very same point about the media as I am attempting to convey here?

If stations are going to be threatened by the bully boy tactics of tabloid newspapers and their legions of readers who aren't even interested in these types of comedy, but are certainly going to complain when they read about it, then how can we expect fresh ideas on the comedy circuit? We'll just end up with more second rate sketch shows like Catherine Tate and those unfunny twats from Gavin and Stacey. That's not to say that controversy breeds creativity proportionally, but it is certainly like chopping up a root of the idea tree.

As anyone who reads this blog probably knows, I'm not one to shy away from a controversial topic. There are many posts on here that highlight hypocritical celebrities and make no bones about laughing at the terminally stupid. I hesitate to lump myself in with the likes of Chris Morris when I leap to the defence of contentious comedy writers, but I appricate the humour behind it and I wish to have the freedom to create it myself. I don't want to watch it stagnate as a medium thanks to those who will willingly lodge a complaint without understanding the content or context in the slightest. Spreading panic through these mediums that are provided to entertain us is why the British media is unforgivable in my eyes.
Posted by Adam Lloyd at Wednesday, March 04, 2009 3 comments: