We Need To Talk About Willies

Willies; we all have them, but are we getting the most from them?  Frankly, I thought my willy was nothing but a urine delivery chute until I was 16, and boy was I surprised!  I felt cheated.  I felt like I had missed out on years’ worth of willy-centric opportunities.  That’s why I embarked on my current mission; to introduce the next generation to the possibilities of willies sooner rather than later.

In order to discover the level of ignorance we’re dealing with, I invited my 8 year old nephew along to tell us everything he knows about willies.  Davey has yet to be enlightened to the wonderful world of willies, but I’m sure we can all learn a thing or two from his lecture. 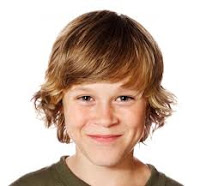 Hi my name is Davey and I am in Mr Jameson’s class 4C.  I am 8 years old and I have had a willy for at least 8 years.  My friends all have willies too and say they had them from when they were born.  I don’t know what else you want to know.

Me and my friends sometimes wee on walls together.  We try and see who can get their wee the highest.  One time I managed to wee so high that I knocked a sparrow out of the air.  Then we ran away because a man was coming and we thought we’d get into trouble.  I reckon that’s the thing that willies are for. That, and making lemon snow cones for your friends.  I gave Craig Farmsworth a lemon snow cone and he yummed it up, then asked me if I had any more.  I showed him how to make them, and then he went very pale and missed a week of school.  My mum won’t let me go round to his house anymore.

John French reckons that girls don’t have willies.  I asked Stacey Smith if she had a willy, but she ran away and I don’t know what to believe.  I think she might be hiding a secret one but doesn’t want people to know.  That doesn’t matter though because I found a slippery popped balloon in the bushes outside the senior school, so I put it down Stacey’s dress.  It was really funny and she started screaming, then she ran home and told on me.  Her mother made her go to the hospital for tests.  I bet they made her do spelling tests.  If that was me I would have been sad because I don’t think you should have to do extra spelling tests because you touched a second hand balloon.  They should have given her some cake to make her feel better.


I showed my willy to Claire Duggan one time.  She said it looked like a slug.  I said it doesn't look anything like a slug, so I found a real slug to show her.  She wasn't around so I put it in her school bag and it got in her lunchbox and ate the salad on her sandwich.  Then Claire ate the sandwich and the slug was still on it.  Her mum came to school and told the headteacher on me and I had to apologise in front of the school.  I told the headteacher what she said about my willy and he said I shouldn't show anyone else, even if they ask really nicely and offer me sweets.

The year 6 kids all got a special assembly about willies and things.  My older brother was in it last year, and he said he learned a lot, but he wouldn’t tell me anything good about it.  He said that all the girls got a special present, like a little toy mouse to take home which was really unfair because the boys didn’t get any presents. The boys all had to stare at “fat cocks” for half an hour.  I hope when I’m in year 6 I’ll get a present.

One time I woke up really early because it was 5 days before my birthday and I was really excited about it.  That and I’d also had a dream about going to the toilet.  Anyway, I ran to the bathroom and my dad was coming out, only he forgot his pants and his willy was hanging out everywhere.  It was a bit brown, which is funny because mine is pink.  Do you get a brown willy when you get older?  I don’t want it to go brown because it will look like I put fake tan on it and the other kids will laugh at me.  They will think I’m from The Only Way Is Essex.

That is everything I know about willies.


As you can see, we have a lot to educate our children when it comes to willies.  Whether you have a willy or not, I hope you will join me in my campaign to get the globe talking about willies!  First, we’ll start on Church Street, then after, the entire world!


*  This post may have come into fruition through the delirium caused by this video.  Do not watch this at work or in front of loved ones, but rest assured, it’s my most watched YouTube video of all time.  Consider this an insight into my insanity: