One of my many employment endeavors involved becoming an astronaut.  Going into space was always a big dream of mine.  From a very early age I used to watch old sci-fi movies, and I was immediately interested in signing up for galactic battles across the universe.  I always wanted to fight damsels in distress and make love to hideous alien slug-creatures (or the other way around, I’m easy).  That’s why I made it my mission to reach the stars.

Getting into the astronaut training programme isn’t easy.  They only pick Earth’s brightest and fittest for space missions, the cream of the crop.  That’s the main reason why I failed on my application.  But I was undeterred.  Those boys at NASA might have discerning standards, but those kindly folks over at the European Space Agency weren’t quite so stringent.  Basically, you have to pass a sobriety test and be able to read without moving your lips, and then you’re good to go.

Needless to say, I passed the ESA entrance with flying colours.  Mainly because I painted a space probe in a nice rainbow pattern before it was set to launch.  They liked the cut of my jib (to which I misunderstood and thought they were complementing my circumcision) and pledged to send me into space.

I waited for the call.  I sat on my bunk day after day awaiting the news that I would be going into space.  To boldly go where no man has gone before (but where we’ve previously sent several unwilling chimpanzees).  But nothing came.  I waited patiently for months and heard nothing.  When I enquired, I was told that Europe’s space programme is hopelessly subpar and that there were no planned missions on the horizon, or even the horizon’s horizon.

I decided that the ESA weren’t going to help me in my dream to explore the stars, so I vowed to take matters into my own hands.  If I wanted to get into space, there was only one guy who could turn that into a reality.  That man is Richard Branson. 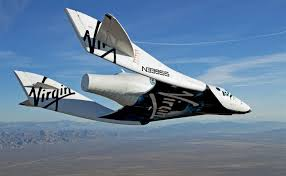 Virgin Galactic were offering a competition for their first commercial spaceflight, and you could win a ticket onto that fateful shuttle.  The inaugural flight would include some incredible celebrities such as Leo Di Caprio, Ellen Paige, Donald Trump, and the walking remains of Jack Nicholson.  A chance to rub shoulders with those folks, and travel into space?  I had to be on that flight!

I entered the competition, which was to colour in a space rocket.  The best one would win that fateful ticket, so in order to give myself an advantage and show that I am capable of thinking outside the box, I coloured everything in outside the lines, leaving the space rocket white (as they usually are).  Unfortunately, Virgin Galactic do not share my creative vision, and gave it some dumb kid with Polio and his family instead.  Still, this set back did not fully defeat me.  I still had a plan to get on that rocket.

The night before the flight, I tunnelled under the security fences at Virgin HQ and broke into the vessel.  Here, I would hide until morning, and then after the flight had begun, I’d jump out and surprise Richard Branson and the gang.  They’d love me for my spontaneous personality, and we’d spend the rest of the journey sipping drinks and taking photos of topless Venusian babes.  It’d be totally awesome!

So, while all the pomp and circumstance was going on outside and the celebrities boarded the craft, I was safely tucked away in a small container towards the back, listening to the events unfold.  The craft launched successfully, and I heard the celebs start moving about the cabin.  Jack Nicholson shambled towards the lavatory to change his colostomy bag, which I figured would give me the perfect opportunity to jump out and surprise him as he exits the bathroom.

I heard him flush, and as I primed myself to pounce on the womanising fool, I felt something warm spraying all over me.  It was Jack Nicholson’s excrement.  Before I could react, I suddenly found myself being sucked out into the vacuum of space.  It turns out that I’d stowed away in the waste compartment, which gets blasted out whenever someone flushes.  As I slowly spun through the cosmos, covered in a geriatric man’s shit and having the air pulled from my lungs, I witnessed the spectacular sights of the universe.  I figured that perhaps now was a good time to consider my retirement from the aeronautics industry.
Posted by Adam Lloyd at Tuesday, April 01, 2014