The Electronics Entertainment Expo took place in Los Angeles last week (Muppets For Justice is nothing if not timely and relevant). This is the trade show for the video games industry, and boy were there some big announcements this year! Allow me to summarise the biggest game announcements that you might have missed:

The popular Tiger Madden franchise adds the word "pro" to the title this year, adding a career mode and realistic turf physics. This means that the grass will react when you step on it by flattening down and going slightly brown. You can restore your turf's greenness through a mini game where you play a groundskeeper who has to water and trim the turf between matches.

Have you ever wanted to replay your old games and pay £20 for the privilege? Well now you can with Remake Simulator. Just fire up the game and you will be presented with a fully HD screen asking you to insert your old game CD. Brilliant!

Moodie is grim, indie, 8-bit adventure which makes great use of the colour black. Lots of moody things happen such as lamps that won't turn on, wind noises spontaneously emerging, and an ongoing internal monologue about the bleakness of human existence. There are no enemies and no combat in this game, just lots of walking through caves and abandoned buildings. The game ends with Morrissey singing Heaven Knows I'm Miserable Now. 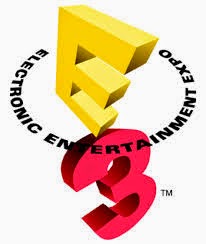 Another indie darling which strives to be as over the top as possible, with hulking space marines hoisting unwieldy cannons around, blasting aliens and screaming "Hells Yeah" and "Yolo" every time you press a button. Explosions literally have the word "BOOM" in them, and are accompanied with slow mo and camera zooms. Don't worry though, the developers are being ironic, so it's okay to be this crass.

Following on from the success of Teabagger, Teabagger 2 has a variety of opponents for you to squat over and "own".  The game is full of celebrity tie ins, allowing you to successfully teabag famous faces such as Pierce Brosnan, Kevin Spacey, and Ice Cube. You can buy the Snoop Dogg DLC voiceover pack, where you'll hear Snoop commentate your teabagging experience with choice phrases such as "shit son, you teabizzled his chizzle".

And there you have it. Lot's of great games to keep the whole family numb over the upcoming Christmas period. Start saving your money, and we'll see you online shortly!
Posted by Adam Lloyd at Friday, June 20, 2014