Hello and welcome to another edition of our long running song dissection series.  In this edition, we’re going to analyse the latest effort of sunshiney vagrant, Paolo Nutini.  With his new song Scream, Paolo is trying to transform himself from the world’s happiest jazz hobo to the world’s sexiest jazz hobo. Let’s scrutinise the song until it doesn’t mean anything anymore:

How was I to know you’d just come along?

Fair enough.  Someone who is really into funk has found their way into Paolo’s life.  I’ve been waiting for someone to come along and slap bass my life up, but I’ve had little luck on that front.

Lips like they’ve been singing sexed up strawberry songs

I can’t think of that many sexed up strawberry songs.  Perhaps they are folk songs that local strawberry pickers used to sing to keep their spirits up, and their libidos.


With a shotgun in her hand

Looks like Paolo has had a few encounters with dangerous, shotgun-toting women in the past.  He must be attracted to the daughters of Italian mafia bosses or something.  Maybe even an assassin.  Interestingly, he sounds rather unconcerned about the situation.  “Oh it’s just another woman come to blow my brains out with a shotgun.  Happens every Tuesday.”

And she’s also part of a one-woman band!  Being an assassin must be difficult if you have a bass drum strapped to your back and symbols on your knees.

And the girl, so fine

This line is actually rather easy to dissect.  Basically, being the derelict superstar that Paolo Nutini is, he lives in a leaky basement and milks spiders for a living.  It’s a nice little earner that tides him over between albums.  He comes from a long line of spider milkers; it’s been in his family for generations.  Just ask Wikipedia.


With my sunshine on a drip

Obviously he doesn’t mean that literally.  There’s no way that you could have sunshine on a drip, as that would be impractical and absurd.  No, “sunshine” in this case is a slang term meaning something else entirely.  He’s actually referring to the tropical drink Sunny Delight.

And that girl, so fine


How can I refuse? I’m not fit to chose

He’s definitely been to Vegas then.

And I never got the script, I unzipped


Got a little bit wet up in my brain

This can happen if you don’t get any excess water out of your ears with a Johnson’s baby bud. Always make sure to clean your ears after bath time.


And the girl, so fine you wanna scream


She gets me silly, she’s like a trick on me


Hell, I don’t even know her name but yet she sticks to me

Then she should try showering more.  Dirty, sticky girl.

And in the climax she would scream with me


Yeah, she sticks to me


She gets me funny, she doesn’t want none of my money

Yep, that’s a normal part of the courtship process; the gasoline pouring.  Whenever I want our relationship to move onto the next level, I always make sure to pour diesel all over my girlfriends.  Oddly enough, this usually occurs towards the end of the relationship.

Light a match and then I’m back in my teens

Now he’s cajoling Superman’s daughter into the sinister world of drug abuse.  I doubt it is for medical purposes.  Super Girl never gets sick.

I think Paolo is a little confused.  His crazed ramblings have more in common with Beck than Jeff Beck.  I’m sure Beck probably wrote a few of these lines for him.


And the girl so fine makes you wanna scream Hallelujah


Yeah, the girl, so fine, you wanna scream 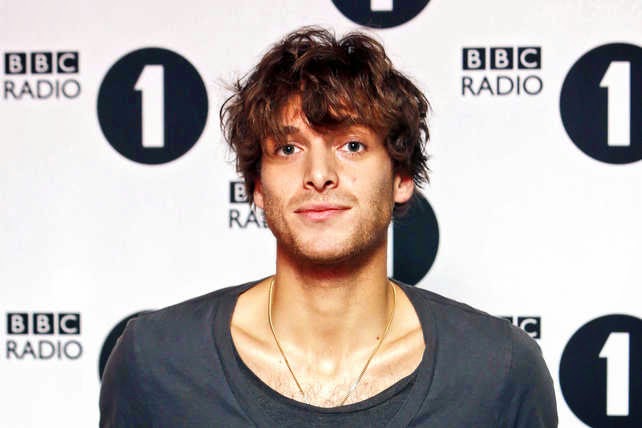 So to sum up, Paolo Nutini’s life as a spider milker was interrupted by a shapeshifting assassin who came to kill him, but instead they fell in love.  Paolo then tried to pour petrol all over her as a show of commitment, which caused their relationship to break down.  On the rebound, Paolo started a relationship with a superhero’s daughter, and they spent their days getting high on weed and Sunny D.

If that isn’t enough to convince you that all music is worthless, I don’t know what is.
Posted by Adam Lloyd at Monday, July 14, 2014