Love is a dangerous game.  When you’re winning it feels like you’ve rolled all sixes and got a triple word score on Mayfair.  But if things start to go wrong, that stack of cards suddenly goes kerplunk and you end up tumbling down a snake into an unavoidable checkmate.  As a result, there are a lot of unlucky people when it comes to love.

It was my intention to dole out some relationship advice to lovestruck strangers on the Internet.  However, as I am an equal opportunities employer (and unfathomably lazy), I drafted in a dirty street pigeon to help answer your romantic issues.  Ladies and gentlemen, I hand you over to everyone’s favourite feathered sexpert, Ollie The Pigeon. 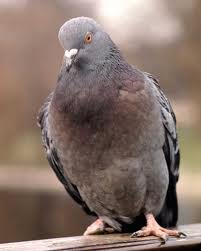 Hi everyone, Ollie here.  I’m not sure what I’m doing here to be honest.  This Internet thing is a little beyond my bird-brained comprehension.  Also, I keep getting distracted by the crumbs in the keyboard.  Anyway, I suppose I better start by reading some of your letters.  If I do well, Addman’s promised me the crust from last night’s pizza. 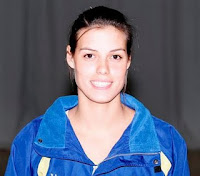 I’m afraid me and my boyfriend have hit a bit of a rough patch in our relationship.  I’ve been given the opportunity to be a night watchwoman at the car park, but my boyfriend works through the day.  He doesn’t want me to take the job as we won’t see each other very much, but it’s too much money to turn down.  What should I do?

This reminds me of my mate Robin Crisp.  He fell in love with a Canadian goose.  They had a crazy summer love affair, but at the end of September she had to head south for the winter for family reasons.  He waited out in the cold for her every day and every night, hoping and praying for her to return.  Well, one day we found that he had died of frostbite.  He had literally frozen solid overnight. What a fucking idiot!

As for my advice, I dunno.  If you don’t want your boyfriend to freeze to death, don’t leave him alone at night?  I think that'll do. 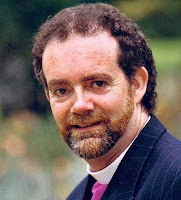 I’ve been out of the dating game for a long time.  About 6 years ago, I discovered an online game called Realm of Warlocks and I pledged all of my free time to it.  However, the game company recently went bust and the servers went down, cruelly throwing me out into the real world.  How can I trick a female into bumping uglies with me?

The best way to pick up a girl is to inflate your chest and coo at her.  If that doesn’t work, steal a sausage roll from a fat kid outside Greggs and let her share it (you could peck the kid's eyes out if he resists.  Ladies dig that kind of bravery).  You could also try impressing her with great feats of strength and agility.  You know those spikes they put on ledges to stop birds landing on them?  I found a way to walk on them safely, which has got me laid no end of times.  The trick is to step between the spikes.  Hope this helps. 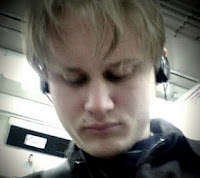 Me and my girlfriend were having sex the other day, when she suddenly queefed.  At first I was repulsed, but then I realised that it rattled my junk around in a pleasurable way.  I was wondering, is there a sure-fire way to get her to queef regularly?  We’ve tried everything we can think of, but she hasn’t had another queef since.

I never have this problem as all the girls I sleep with are all serial queefers.  That might just be the type of crowd I hang out with though.  I reckon queefing is down to diet, so she probably needs a little more enrichment in her food.  Take her round the back of KFC after closing time; they have a massive bin that’s stocked to the gills, if you can get past the foxes.  My mate Jimmy Two-Toes once ate so much coleslaw that he sicked up everywhere, which was great because then we all had some.  Some of the best moments of my life have occurred in that bin.

My wife of 28 years has met a young gentleman online.  She doesn’t know that I know, but I found her chat logs with a young American buck.  They’ve had some pretty saucy chats.  She talks about doing stuff with him that we’ve never done.  I feel ashamed that my wife doesn’t get any excitement from our relationship anymore, but also angry at this infidelity.  Should I confront her about this?

This reminds of a similar situation in which I accidentally proposed to Yasmin Yeast.  I was drunk and she was a tease, what else can I say? Anyway, her boyfriend was proper angry and he threatened to beat me up outside Kwik Fit.  Since he’s a stray boxer dog, I didn’t fancy my chances.  Luckily, a mechanic backed over him in a knackered Vauxhall Vectra so I got out of that one scott free.

In my experience, there’s nothing that can’t be sorted by getting someone run over.  In fact, that reminds me of my mum and dad.  My parents were a right pair of bastards, always fighting and pecking each other’s eyes out.  Anyway, they had a scrap over a piece of garlic bread in the middle of the road.  The number 47 bus put them out of their misery and ended their abusive relationship.  I can still remember my brothers and sisters and I gathering round to mourn/eat the remains.  That’s exactly what you should do, run him over and eat him.

My latest fella wants us to have another baby since we lost one in our rubbish pile.  I told him that it’s unlikely we’ll conceive.  After pushing out 13 so far my innards are like a retired wind sock, but he’s determined.  What positions would you recommend we try in the bedroom? 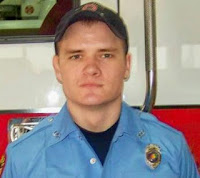 So I slept with this chick and now I’m like all itchy and stuff.  I don’t wanna go to the doctor ‘cause I’ve been stealing morphine from them, and you never return to the scene of the crime, ya know?  Anyway, how can I tell if I’ve caught something from this girl?

Don’t talk to me about infections.  My foot is so gammy that it tends to squelch when I walk.  My mate Dennis Coops reckons that there’s something living in there, but I don’t even want to look at it.  I’ve considered going to the hospital and pecking open the lock on the medical waste bins, but I don’t really know what I’m looking for.  Since you’re a human and can read the labels, perhaps you might have better luck.  Let me know if you find anything for septic feet. 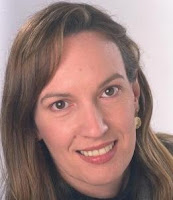 I’m a busy woman who juggles a high powered business career and two children.  My husband suffers from erectile dysfunction, and I just don’t have the time to wait around for him to stand to attention.  He won’t take Viagra as he wants to stand on his own, so to speak.  What can I do?

I knew a badger named Fred Best who had this problem.  We told him that the only way to fix his cock was to roll around in cow shit whilst crying like a baby.  He did it as well, the dozy prick.  Don’t feel too bad for him though, he used to think it was hilarious to frighten old ladies off their front porches and then try to rape them.  As for your problem, I don’t think I can help you.  I’m a pigeon for fuck’s sake!

Looks like I’ve ended up single again.  What masturbatory aids can you recommend so I can pleasure myself?


Nothing in life gives me more pleasure than my shiny bottle cap collection.  I used to have around six of the little bleeders until Brutal Charlie stole some from me, and now I’m down to two.  They are quite literally the most precious things I have in my possession.  Seriously, you should get some!