As the days pass by, a growing number of the Earth’s population are now younger than me, while a dwindling number are older than me.  It’s almost as if something is killing the older ones off, leaving wave after wave of newer, fresher people.

Understandably, these younger people are much trendier than I am.  I’ve hit a difficult stage in my life where I don’t tend to hear of the latest fashions until almost everyone else has picked up on them, but I’m not old enough to ignore them completely.  As a result, I find myself getting angry at the fact that shops don’t sell the same clothes that I wore 5 or 10 years ago, back when I was a lad.  My black skull T shirts have all been replaced, and what they have been replaced with is weird and scary.  Here’s a few examples of current fashion trends that get on my tits: 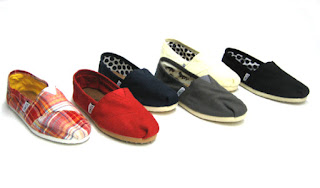 Alternatively known as canvas shoes, Toms are fine in certain circumstances.  For example, as a shoe to wear on the beach, without socks, to get you across the rough concrete between the sand and your holiday apartment, they’re perfectly fine.  They are suited to this purpose since they’re flimsier than a cobweb in a monsoon and you’ll probably throw them away once the holiday is over anyway.

They are not, however, suited to torrential rain or icy footpaths in the heart of wintery England.  The kind of person who wears Toms in these circumstances is the type of person who misses their holidays.  Maybe they were havin’ it large in Aiya Napa four months ago and still has a massive hangover from there.  Perhaps they have just forgotten to change their clothes since arriving back.  Either way, they are idiots and should be mocked mercilessly until they run home, barefoot and crying.

The main problem with Toms is that they get very dirty very quickly.  They go from clean to filthy faster than a diarrhetic donkey trapped in the laundry room of a Nunnery.   When you trudge through the sludge and slush that England’s pavements are renowned for, they’re going to turn dirty faster than a Paris Hilton celibacy pact.  Considering that you’re paying at least £40 to wrap a cheap alternative to a Tesco Bag For Life around your feet, that seems a bit steep to me. 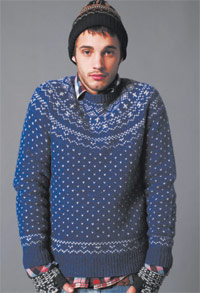 There’s a reason they’re called Grandad jumpers, because they’re supposed to be worn by elderly men.  You’re not being ironic or retro by wearing one of these monstrosities; you just look like someone who is being made to wear a tragic Christmas garment by their gran.

Wizzard once sang “oh I wish it could be Christmas, everyday”.  While their childish sentiments were well intentioned, I imagine that several manchildren took this to heart and decided to wear Christmas jumpers on a regular basis.  If Wizzard could see the post apoca-fashionistic hell they’ve helped to create, I’m sure they’d instantly commit suicide, twice. 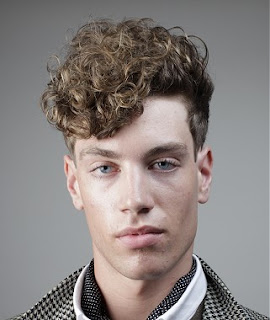 I don’t know how to describe this haircut other than “fucking stupid”.  I use this term to describe guys who shave the sides of their head and leave a greasy, curly mop on top.  This leaves them looking like they can only afford half a haircut.

When I was a kid there were a few other kids who had pudding-bowl haircuts.  These children were not mocked or bullied.  We realised they were probably too poor to have their hair cut properly, and their parents probably lacked the necessary skills to do anything else.  However, a person who pays for incomplete hairstyles needs to be hunted down and subjected to the very worst that schoolyard bullying has to offer.  I am already working on a technique that combines the Nipple Cripple and a Chinese Burn.  Once it is perfected I will teach others with the sole stipulation that it is used on these kinds of people.

As this is a place of sharing, what fashion trends are annoying you at the moment?  Don’t be shy to contribute, this is a place where we can heal and grow together.
Posted by Adam Lloyd at Monday, November 05, 2012